Wild Camping on a Budget in Cwm Bochlwyd

Wild Camping on a Budget in Cwm Bochlwyd

A few years ago, we set out on a wild camp with only £100 to spend on the actual camping kit. This being the age of austerity, we decided to implement swingeing cuts (was swingeing even a real word five years ago?) and try to do the same for £80. We chose our kit here – Budget Wild Camping Kit – and this is how we got on.

It had been decided that the camping spot would have to be a quality one, mainly for the photographs, but also in order to get that view the following morning. So we set off from the A5 in Ogwen in glorious sunshine. WE hoped this would last, but that wouldn’t be much fun! A bit of rain was forecast, so we were going to test the kit out in typical Mud and Routes fashion. 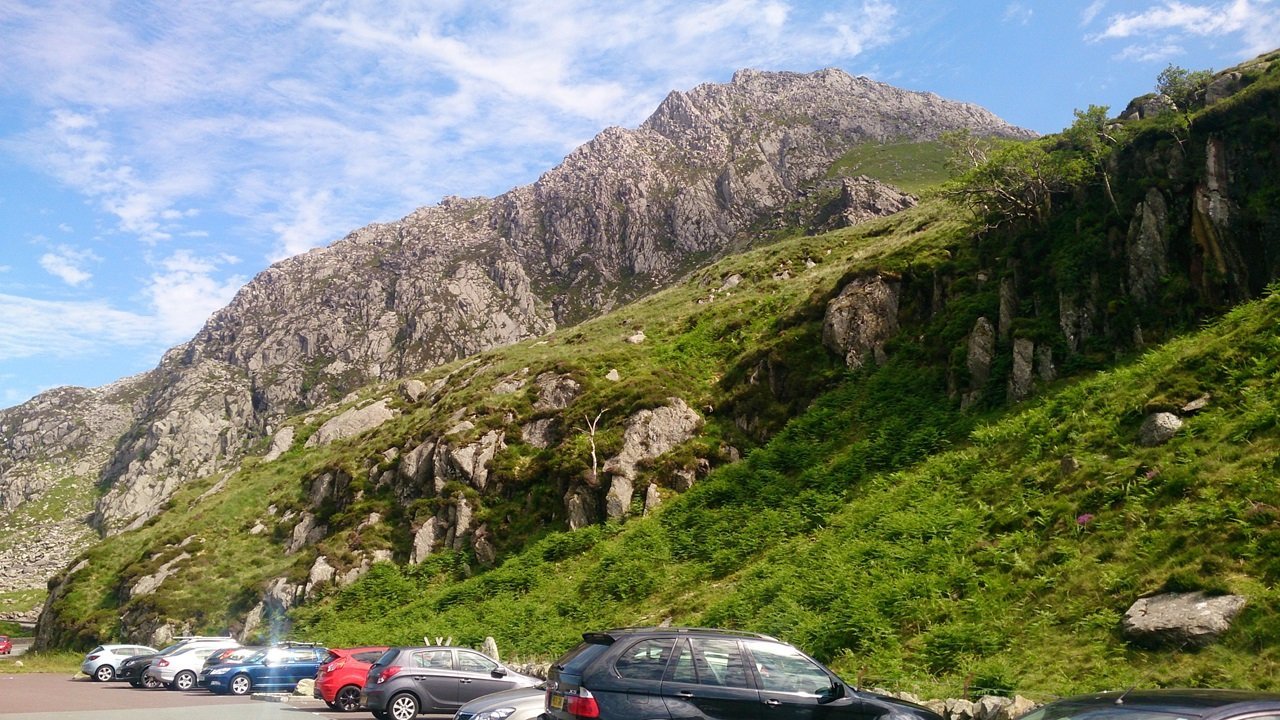 Cwm Bochlwyd is one of the most magical spots in Snowdonia. Lying below the cliffs of Glyder Fach and Tryfan, you can hardly find a better wild camping spot as far as the view goes. However, as we camped for view, we had to compromise and pitch in a rather exposed spot. Read our article on finding a perfect wild camping pitch for more information.

So we unpacked the budget wild camping kit, as well as some other essentials…

Incidentally, Llyn Bochlwyd is called Lake Australia by some; partially due to their inability to pronounce Bochlwyd and parially as it actually does look a lot like Australia. If you look at the image below, you’ll see what I mean. This image blunts the pointy bit that forms the north of Queensland, so it’s even more like Australia than this! We camped roughly in the vicinity of the Gulf of Carpentaria (now this is going to confuse Google) – which is to the east of Darwin on the map below.

The Matterhorn 1 (review to follow) pitched easily enough, though the carbon fibre poles did feel a bit cheap as we’d read reviews of these breaking. There were also plenty of pegs with the tent, and a pleasingly large porch. Inside was palatial in comparison to some one man tents we’ve tried (Gelert Solo, Nemo GoGo) and while it wasn’t up to the space we’re used to in something like a Terra Nova Laser, it was adequate. You wouldn’t want to be cooped up in it too long though!

Likewise, the Vango Trek Short (review to follow) mat was well up to expectations, and it had already proven itself on a recent three day trip in South Snowdonia. Once inflated, it provides us with a decent bed which compromised on length.

The Vango Wilderness 250 also proved to be comfortable and much warmer than the suggested temperature rating of 3 – 20°C, I didn’t actually zip it up until late at night.

Just to prove that you can go on a budget and still have fun, we even roasted our own wild camping coffee and made camping popcorn for good measure! We used the Douself generic budget camping pots for making the coffee as well as boiling water – but nothing too adventurous!

All well and good, but overnight the wind gusts in Capel Curig were up to 60kph, with wind at 45kph. As we were camped 300m higher up, the wind speed was significantly greater than this and the camping spot chosen wasn’t sheltered either! As a rule of thumb, windspeed might double from sea level to 900m, so it’s reasonable to assume that the wind was gusting somewhere in the region of 80km/h (50mph!!). It also rained pretty consistently overnight.

As a result, barely any sleep was had, the tent was properly buffeted and leaked a little overnight. Of course, it leaked directly overhead, which meant that the drops fell straight on my forehead through the wide mesh inner, waking me up as a result. I was glad that the sleeping bag was synthetic, as it was damp by the morning. None of this leakage was serious though, and only superficial on the bag and annoying on my head! I would have thought it was condensation, but it was clearly coming through the seams (so this tent may well benefit from seam sealing, which something I’ve never bothered doing to any of my tents previously).

On the whole, it would have been a miserable night in any tent, irrespective of cost, and I think that the fact it remained in one piece after this night is a bonus! There was some slight pulling to the pole sleeve, which made me question the durability of this tent, but I don’t think I’d recommend camping out in gale force gusts either!! The rest of the kit, despite being budget, would be ideal for anyone doing the DofE (Duke of Edinburgh Award). In fact, the Vango kit is already recommended for DofE.

So do you have to spend a fortune on wild camping? If you’re willing to carry a bit more weight and bulk, then the answer to that is a resounding no. We might have reservations about the tent, but it still survived a good bashing by the weather. We’d still recommend upping the tent budget, but the rest of the kit should keep the casual wild camper on a budget happy for years to come.

By Jove! Some bugger’s nicked my flysheet again!