5 Things: Keeping Safe in the Dark

5 Things: Keeping Safe in the Dark

Staying motivated in the winter months isn’t the only problem outdoor enthusiasts have to contend with. There is also the serious matter of staying safe when the days get shorter, the roads get icy and the weather gets colder.

These tips should help you minimise the risk of falling foul of the colder months and all they bring with them.

1. Stick to What You Know

If you want to reduce the chances of coming a cropper in the low light conditions involved in night running, then sticking to what you know is a good idea. Keeping to known areas can help make sure you don’t come across any nasty surprises while running in the dark. To further increase the risk, now might be a good time to look at getting a head torch.

With so many more risks involved when running at night, such as getting lost, being injured or running into trouble, finding some running companions is a sensible idea. Not only will they keep you motivated but you will also have the safety in numbers that comes with pack running.

It’s not just the cold weather you have to protect yourself from, it’s also the night time encounters you have to be wary off. With the cover of darkness increasing your chances of being a victim of street crime, such as a robbery or assault, learning how to defend yourself is never a bad idea.

Taking a few classes in something suck as Krav Maga or Akido can make the difference between your workout ending in disaster or triumph. Although, no matter what your self-defence skills, it’s always better to put your running skills to use if you can.

While listening to music while running can make even the coldest winter nights more tolerable, advertising the fact you might be sporting the latest mp3 player or smartphone can bring unwanted attention from all the wrong people. Leaving the expensive gear at home, such as phones, mp3 players and even running aids such as GPS and navigation devices, can make you less of a target.

That being said, leaving electronic devices at home can leave you a little exposed. With that in mind discretely carrying a mobile phone with you is a good idea. It’s even better if you can carry something you don’t mind loosing such as an old non-smartphone. Being able to call for help when you end up in trouble at the hands of the cold weather, or an opportunist, can be a real godsend.

To go a step further you could also invest in a personal safety alarm to call for help and deter any would-be troublemakers. Some alarms even double up as torches killing two birds with one stone. An alarm can also be used to call for help should you end up lost or injured off road and want to help others to find you. 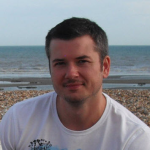